Dead Horses by the Waterhole 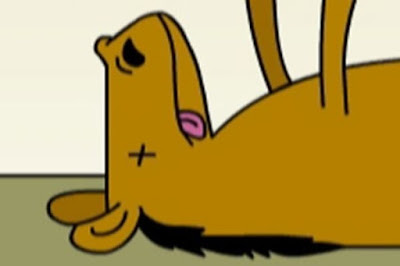 At the time of writing this blog, our district governors elect were attending the International Assembly in San Diego, USA, in preparation for their approaching year at the helm. This event was once a closed shop, but thanks to the internet, anyone interested can follow the speeches and even download transcripts within minutes of the presenters walking off stage. For those prepared to look, there are some truly extraordinary online resources available to help clubs with membership initiatives.
One such presentation was by Australia’s own Michael McQueen, a presenter and author who I remain unambiguously impressed with (view the presentation here). His extraordinary insights into our organisation’s battle with relevance should be required viewing for all Rotarians. In his address he quoted Paul Harris who once said “If Rotary hopes to advance its aims, it must be evolutionary always, and at times revolutionary”, and followed up by asking “As those of you who are at the helm of this organisation, will you be the evolutionary and even the revolutionary leaders that your clubs and your districts are crying out for? I sincerely hope you will, because make no mistake - the future of Rotary will depend on it.” He delivered essentially the same presentation last year to our current district governors, who he also asked to be evolutionary and revolutionary leaders.
So this all has me wondering for how long we’ve been asking and how long have we been dependent upon our district governors and other district leaders to be agents of change, because our founder’s hopes for “at all times evolutionary” have clearly not been met, and as for “at times revolutionary”… Tell him he’s dreamin’.
To be fair, I’ve seen some good examples of positive change at district administration level in my own and other districts. Credit where it’s due, the changes in training methodology, content and delivery have bordered on revolutionary in my own district. But real, meaningful and consistent change at club level (the type required to turn around our membership fortunes) has been very rare.
District governors no doubt want desperately to leave their districts in a better place than where they found it, but their success in that mission relies heavily on the drive, energy and leadership of a band of club presidents, who in turn are reliant on rank-and-file Rotarians in club land.
One of the great ironies in questioning the seemingly catatonic pace of change in our organisation is that many regular Rotarians feel that Rotary leadership at district and higher levels is deliberately retarding change. It is my experience however, having served in senior district roles for the last seven years, that the complete opposite is true. I have found overwhelmingly that district leaders are very keen for clubs to innovate and show initiative, and will even turn a blind eye toward clubs that dare fiddle with our precious Rotary rules. The messages filtering down from the highest levels of the organisation tacitly back up that stance. It is in fact conservative elements within clubs that are holding back innovation and flexibility (and ultimately growth), not district or Evanston.
It took me a while to realise it, but leadership positions at district level are predominantly about leading horses to water. I have personally delivered a number of presentations to presidents elect at PETS, and am always encouraged by the will in the room to effect change in their respective clubs. I’ve even been known to egg them on, but invariably this enthusiasm gets beaten down by the week-to-week demands of driving the presidency bus, and even the most modest of planned changes rarely get implemented. So if presidents find it hard to effect change at club level, where in theory, most members are rowing in a similar direction, how likely is it that district governors will be successful in effecting change across a district of autonomous clubs?
If I was asked what my key objectives were as District Membership chair, they would obviously be to see more members recruited and retained. That’s a no brainer. But I can’t personally recruit and retain members for every club, so my strategy has been to provide club leaders with the resources they need to make their clubs attractive and promote their work. These are made available in a number of ways: membership seminars, blogs, Facebook, training, PETS, websites, club visits and even tailored plans for clubs – for those interested, anyway.
We are lucky to live in an age where the sharing of ideas across the world has never been easier, and for many years I have been collecting good membership initiatives from all over the Rotary world together with ideas from corporations and organisations outside of Rotary. I feel confident that our district membership committee can deliver genuine assistance to clubs in need, and has the resources to help clubs work their way through any membership challenge, but Rotarians in club land have to ask for help, and be prepared to act on proven advice. Meaningful change WILL produce meaningful results, but discussing change will achieve nothing.
So back to the original question - Can District leaders effect change in Rotary? Only if horses are prepared to drink once led to the water. Regretfully, too many horses die of thirst with hooves still wet from the waterhole.
Posted by Creatures of Habit at 7:58:00 pm 3 comments: