Gender Diversity - are we Fair Dinkum?

This year marks 30 years since the US Supreme Court ruled that a Rotary club could not refuse members on the grounds of gender, but I feel we still have a long, long way to go.

With a fellow Australian now leading our organisation, I have chosen to use a great part of the Australian vernacular in the title of this blog. For those non-Australians reading along who I have managed to confuse, I suggest you Google what "fair dinkum" means. As I have regularly commented, my Rotary journey began as a Rotaractor, in a club with an approximate 50:50 split of males and females. I'll give you the strong tip, that was a big factor in getting most of us in. I met my then future wife Debra through Rotaract, so I have much to thank Rotaract for. But back in 1986 when I joined Rotaract, Rotary was only for men. Rotary has for a long time hoped that its alumni would wind up amongst its ranks, but back when I joined Rotaract, it wasn’t even possible for half of us. What sort of message do you think that sent to us Rotaractors? I find myself frequently concerned with the unconscious messages we send, yet so many within our ranks are oblivious to the public implications of our actions. 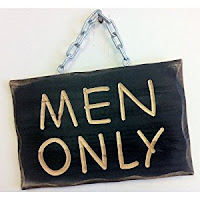 There are still clubs which refuse to admit women, clubs here in Australia. I am proud to say there are none of them in District 9520. I was recently speaking (outside of my own district) to the president elect of an all-male club in a round table conversation about diversity in Rotary clubs, a conversation I was asked to facilitate as a membership specialist. I will never forget his response when I questioned the stance of the club, “Well, if the women don’t like it, there’s another club just down the road.” 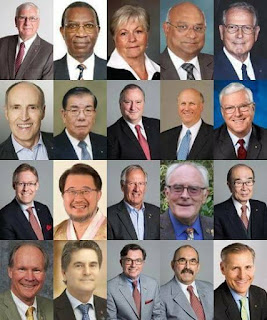 The message, quite rightly, coming from Rotary leadership at the highest levels has been for a long time that our Rotary clubs need to be a diverse representation of our communities. Well, either we still have some communities without women, or we are still failing in gender diversity stakes. And where might we Rotarians look for a shining example of gender diversity? How about the board of directors of Rotary International itself, you might ask? Surely the body at the top, charged with charting the future path of the organisation would set the best example of gender diversity? Well, look away now, because the current board of 20 (right) includes only one female. No, that’s not a typo.

I wish to congratulate those who serve Rotary at the highest level. This is not a job for the feint hearted. It requires a heavy commitment over two years, and only the highest calibre of person is elected to this role. You can scan through a short bio of each board member here.

I have met the two Australians in that group, RI President Ian Risely and Director Noel Trevaskis, and their contribution to the organisation has been nothing less than exemplary. I have been lucky enough to be in audiences when they have spoken, and they are very impressive human beings indeed, well deserving of these appointments. Their eligibility is not in question. And it is only proper to admit that the opportunity for women to be nominated as candidates is within our hands. One cannot blame the current board for being elected to that position. But something just isn’t right.

Noel joined Rotary in 1996, only one year prior to myself. Whilst there’s no rule suggesting 20 years of Rotary experience is deemed necessary before one will be considered eligible for such a role, we do know that there were plenty of extraordinary women in the organisation 20 years ago. So my question is, where are they now? A quick scan through that list of bios will reveal that a high level of executive corporate experience is par for the course. That of course is completely reasonable for a board position on a global organisation such as ours. You could fit my entire corporate experience on the back of a postage stamp, so I won’t be putting my hand up, but I just can’t understand why more of our organisation’s female corporate leaders are not in the mix.

Here are the two main questions I would ask about the disproportionate representation of women on the Rotary International board: Does Rotary leadership consider it a problem, and if so, what can be done about it?

I can’t speak for RI leadership, but I recently used this quote in a blog, “Action Expresses Priorities”. If RI’s actions are any indication, this isn't seen as a problem. But I see it as a problem, and here’s why. Firstly, it’s about the optics; the message it sends. I’ve just finished a three year stint as a district membership chair, during which a fair portion of my energy was expended on impressing upon clubs the importance of diversity and methods to increase it amongst our ranks. The best district rate for female membership in Australia is 26%, so we clearly have a long way to go. But there’s a certain tone of “Do as I say, not as I do” implicit in diversity challenges from Rotary’s leadership when its own board has only one female member. We all (rightly) poke fun and snicker at the top image of a women’s rights conference in Saudi Arabia, without a woman in the room. It just sends the wrong message. In the same way, we are sending the wrong message, a message that isn’t solely received by Rotarians. The world is watching, and I don’t feel we can effectively convey that we are an organisation based on diversity when gender diversity is not present at the top level.

Secondly, if more female Rotarians were visible in these senior roles, I feel more female Rotarians would be encouraged to set their aim higher. It would be self-perpetuating. Thirdly, and perhaps most importantly, there are multiple studies that reveal the value of having more female representation at board level. Jane Stevenson & Julie C. Norris writing for the Korn Ferry Institute put it well:

“Call it diversity 3.0 in the boardroom. Boards have shifted from talking supportively about the representation of women, to actively recruiting them and determining how best to reap the benefits this diversity can provide. This adjustment shows how, as a culture, we have moved beyond superficial definitions of diversity—“having a woman on the board,” for example—to understanding that the actual payoff comes from integrating the cultural change required for true diversity of thought to take root.”    Full article here. 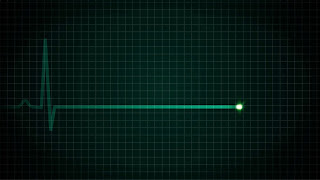 Rotary’s global membership has now flat lined for 25 years, and if not for the staggering growth in the developing world offsetting the staggering decline in the developed world, we would be in serious doodoo. You would have to be hiding under a rock to be unaware of our current membership, public image and relevance challenges, and this is why a different way of thinking at the apex of the organisation is now so critical. Will more women on the board change that? Surely it’s worth a try.

My second question presents the bigger challenge. What can be done about it? Yes, the system is already in place for women to be nominated to these positions. But if we are fair dinkum about diversity, we can’t just leave it at that. Surely we should be asking why, if the opportunity is there, aren’t more women on the board, and what can we do about it? Well firstly, we can try harder. Many will understandably advocate for merit based appointments, and believe that quotas or affirmative action should be avoided.

Here’s the simple reason in this instance that I think otherwise. We need to right an historic wrong. Rotary is responsible for keeping women out for the first 84 years of our history, and we remain responsible for keeping women out of individual clubs which still will not accept them. I believe we need to find ways to fast track the right women into these senior positions, if for no other reason than because we found a way to keep them out for so long, and in some instances still are. We can't afford to wait another 20 or 30 years to see if there is an organic correction.

If anyone tells me “it can’t be done”, I would remind them that we were told the same thing 30 years ago when we dreamed of a world without polio. I might also suggest they’re not being fair dinkum about gender diversity.