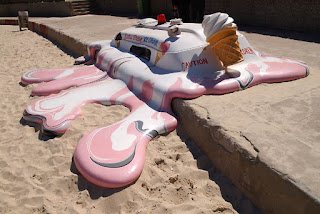 It’s the middle of summer here in Adelaide, where I’ve lived my entire life. The last week saw the local temperature exceeding 40°C (104°F) on a number of days. Whilst I am currently typing in air-conditioned comfort, it’s fair to say most Adelaidians know a good deal about heat.

Meanwhile, Rotary’s future district leaders are at the International Assembly in San Diego being trained up for their important role commencing July 1, and of course to deliver their own training to club and district leaders in the months between now and then. Not having served as a District Governor myself, I only have second hand accounts to go on, but I get the idea there’s a good deal of heat experienced by incoming and serving District Governors, and I’m not talking about the heat you feel when you step outside at this time of the year in Adelaide. I’m talking about the heat to continually increase our membership. There will no doubt be a comprehensive agenda of training and inspiration delivered on all areas of Rotary leadership, but I suspect the number one thing on the mind of all District Governors Elect as they return home will be the prime directive: get the numbers up! 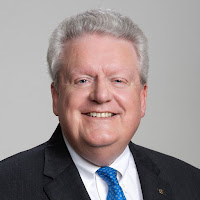 In his opening speech, Rotary International President Elect (RIPE - we really need to work on our acronyms) Mark Maloney announced his first emphasis was to grow our membership so that we can achieve more. “Last year we set a record for the number of people who left our organisation. We need to address the root causes of that member loss. Membership is all that stands between a Rotary that serves and a Rotary that disappears.” You can view his address in full here.

I was a District Membership Chair for three years, and I can assure you, I felt the heat. I would imagine a good deal of club presidents feel the heat too. I am very proud of the work I did in that role over three years, but live with the constant regret that despite my efforts, the numbers went down every year. I’ve often used the analogy of running up the down escalator. You have to work pretty hard to even stay in the same place, and if you relax for a moment, you get dragged down immediately.

I’m starting to work out why some of us work really hard on membership, yet see so little in the way of results. It’s because most Rotarians don’t feel the heat. I’m sure if we surveyed all of our members, the overwhelming majority would respond that they would like to see the organisation grow. You’d probably even get a majority that would agree that the organisation needed to change. But if you conducted another survey and asked the question, “In order to grow the organisation, are you willing to have your Rotary experience change?”, I reckon most would say no. Most people will begrudgingly accept change as long as they are not the ones who have to do the changing; as long as they don’t feel any heat.

I put it to you that we already know what we need to do in order to turn around our membership fortunes, but there are just too many who aren’t prepared to do it. I strongly believe that the biggest change we have to make is to transform from a meeting-centric organisation to a service-centric organisation, but attending meetings with a meal and a guest speaker is so embedded in Rotary culture, and it seems hard to see where how such a shift in priorities would ever occur. Our last Council on Legislation in 2016 delivered serious options for clubs wishing to provide more flexible meeting formats, but in many clubs the Guardians of the Status Quo fight very hard to make sure Rotary remains stuck in the 20th century, doing things the same way we’ve always done them.

Sadly there are too many Rotarians who won’t lift a finger to help grow the organisation. It’s not their job. They want everything to stay the same, because staying the same means staying comfortable. I do have some sympathy for those senior members who have worked hard and made a great contribution over the years, and want to enjoy their remaining years in the organisation. We all need to enjoy our Rotary experience, and get something out of it. But that enjoyment cannot come at the cost of progress in all forms. We must evolve and find new ways to serve, and attract new people to serve. Service Above Self is our motto and service must be our priority. If we’re blocking progress; we’re blocking growth. And if we’re blocking growth, we’re reducing service capacity.

Maybe we can shield those long-standing members from the heat, but club leaders still feel the heat, and must be free to respond to it. The challenge for club leaders is that they're copping heat from both directions. They feel the heat from district leaders who are constantly at them to grow membership, and they feel the heat from the blockers within their own club who fight against change. No wonder so many are happy to get out of the kitchen when their term expires. That’s a lot of pressure on those people who have volunteered to lead the club.

The very highest levels of Rotary’s global leadership desperately want to grow the organisation, or at best prevent it from declining. On the surface at least, a bigger organisation means greater reach and greater capacity to deliver tangible outcomes for those who need our help. But there are also enormous operational costs in keeping our massive organisation ticking. Those costs must be met by the membership base, and despite increasingly frequent conversations about membership flexibility; there is exactly zero flexibility when it comes to RI recognising you as a member. If you pay RI dues; you’re a member. If you don’t; you’re not. 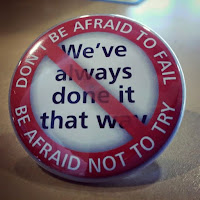 I have often asserted that our best opportunity for growth lies with creating new clubs. I have been through the process myself, and I’m not going to pretend it’s easy, because it’s far from it. But it’s doable, and the opportunities for new clubs are infinite. The greatest factor that allows a new club to thrive is what I call the “baggage free zone”. By starting with a blank slate, there are no rituals or traditions to follow. No-one barking at your heels with comments such as “But we’ve always done it this way”. That freedom is invaluable, and it’s something I have noticed first hand at the Rotary Club of Seaford. We do things differently because we are allowed to do things differently, and we’re not held back by those who are accustomed to things being done the same way for decades. As a result we can create a more flexible style of Rotary that is more attractive to more people.

It would appear President Elect Maloney agrees. Here are a few other snippets from his opening address. “We must grow Rotary by forming new clubs. We need to form new clubs not only where Rotary does not exist, but in communities where Rotary is thriving. We need to start new model clubs, offering alternative meeting experiences and service opportunities.”

And here’s an extract from CEO John Hewko’s address at the same event in 2018:
“We need to unleash the creativity of our 35,000 clubs, because every club is a potential beta tester for different club models and models of service. Some will work and some will fail, but the important thing is to think differently.”

But here’s where things get challenging. The Guardians of the Status Quo do not appear satisfied merely with denying progress in existing clubs. They also want to block innovation outside of their own clubs. As if there aren’t enough challenges faced by the trailblazing Rotarians who have the foresight and gumption to start a new club. I faced considerable opposition from neighbouring clubs when I announced plans to start the Rotary Club of Seaford, and I’ve come to learn this is pretty much par for the course. I have a Rotary friend in another Australian district who is facing similar opposition right now to his moves to get a new club up and running from clubs in the region.

I won’t mince my words. This disgusts me. It’s what happens when SELF gets in the way of SERVICE. I know how the argument goes. It’s the very same argument I heard near Seaford a few years ago. “You’re intruding into our recruiting zone.” 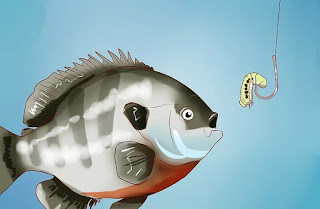 There’s a mindset held by many Rotarians that sooner or later, the new members will just come. Well, in some cases they do. Sometimes new fish are attracted to old bait that has been sitting in the water for a while. But more often than not, there are no fish interested in the sort of bait you’re dangling overboard, and you need to change your bait.

The reason we found the 20 new recruits we needed to charter a new Rotary club, was that we were offering a completely different version of Rotary than that which was already on offer in the region. The existing clubs were never going to attract the people we recruited. New clubs have that opportunity to offer something new and attract new people. And the blockers know it, but they want to have their cake and eat it to. They want their version of Rotary to stay the way it always has been, but they want to attract the people they have never been able to attract.

My message to the blockers is this. Your district leaders will shortly return to your district, full of enthusiasm with new ideas and a drive to grow the organisation. They in turn will pass those messages and enthusiasm onto your new club leaders, who will then try and bring progress and growth to your club. How about this year, we don’t stand in their way? How about we give them the freedom to escape at least some of the heat? Maybe it's time to direct some heat towards the Guardians of the Status Quo.