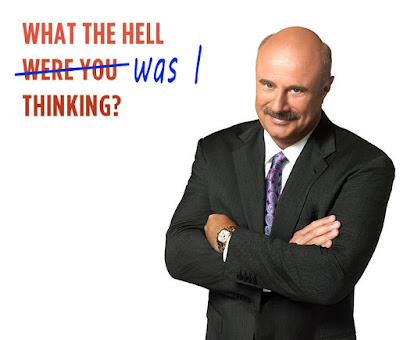 There you go. I said it. But you’ll have to read down a lot further before I reveal what I was wrong about. (By the way, I've been wrong about a lot of things, and no doubt will have ample opportunity to be wrong again, but most of these instances will have nothing to do with this blog).

I want to first tell you about three remarkable Rotarians, all of whom have had a considerable influence not just on my personal Rotary journey, but over Rotary leaders globally as they've walked the world stage. I have the highest level of respect for these three men, and am very fortunate to have met them all personally. (No - Dr. Phil is not one of them!)

Bill Boyd was the RI President in 2006/07, the same year I was club president at the Rotary Club of Edwardstown, and during that year I was naturally keen to find out more about him, and hung on his every word. I read all of his contributions to RDU during that year, and have since followed his commentary with interest on other Rotary matters including The Rotary Foundation and membership. There was one particular quote from Bill which I found extremely helpful during my year of presidency, a quote about how our most common response to requests for help would be “No”, and how important it was to think carefully before saying “Yes”. 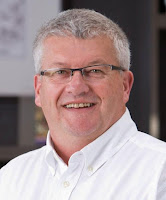 Stuart Heal was an RI Director from 2010-2012, and in my humble opinion has done more to promote change, and keep the conversation going about change, than any other Rotarian. I've been lucky enough to be in the room on a number of occasions where he has delivered outstanding speeches on the issues facing our organisation and the direction ahead. His frankness and pragmatism have been like a breath of fresh air. There’s a difference between a Rotarian who is uncomfortable with the status quo, and a high ranking Rotarian who is prepared to put his neck on the line and stand in front of large crowds of Rotarians and talk about it. I was once one of those Rotarians who was reticent to publicly share my views, but once I heard similar concerns expressed by a (then) RI Director, I felt it gave me license to have a crack too. And I haven’t stopped since. 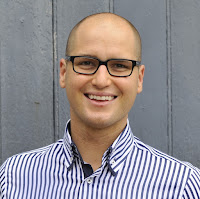 Michael McQueen is a social researcher, best-selling author and is National President of Professional Speakers Australia. And he’s a Rotarian too. He has spoken at the International Assembly before District Governors Elect, numerous Rotary conferences, and produced a DVD set on “Engaging the Next Generation of Rotarians”. I have the DVDs and two of his books. He is a leading authority on Generation Y, and his presentations on where Rotary is headed and the opportunities before us are nothing short of extraordinary. I had the pleasure of spending 3 hours with Michael in a car recently, as I was asked to chauffeur him to a recent district conference. Now that is a conversation I will never forget.

So other than being internationally renowned and respected commentators on Rotary, what do they all have in common? Well, in the last two months I have been in the room where they were each key note speakers (at three separate Rotary events), and (amongst other things) they have all said pretty much the exact same thing about modernising Rotary and attracting a new generation of Rotarians. I will paraphrase, “Forget trying to change old clubs, start new clubs.”

I remember at a Rotary membership seminar back in about 2008, a conversation at morning tea with some of my fellow immediate past presidents. They were keen to start a new Rotary club in the area of our clubs with a specific focus on young members. My reaction was that surely we can all work to bring about change in our own Rotary clubs, to make them more attractive to a younger audience, and I denounced the idea. It probably took me about six months to realise I was wrong. At the time my club was going through a phase of removing Rotary rituals from meetings, and I was confident it would lead to a more attractive environment for younger members, but the stampede never came. For at least half of my 18 plus years in Rotary, I've been the youngest member of my club by a fair margin. We have from time to time recruited younger members, but invariably they don’t seem to fully engage, and eventually leave.

I'm not suggesting that it’s impossible for someone under 30 to fit in with a group predominantly in their 60s and 70s, but it’s not easy. The bigger problem I suspect is that the lifestyle and demands on today’s average 30 year old are completely incompatible with the culture and expectations of many of our Rotary clubs.

I have spoken at length recently about my concerns that Rotary is too meeting-centric and needs to focus more on service. We now have an opportunity as a result of recent Council on Legislation changes to completely shake things up, and offer a new style of Rotary club that will better complement the millennial lifestyle.

But often this comment is just flicked around as if to suggest that starting a new Rotary club is easy peasy. I can tell you from personal experience, it is not. I have now been working on chartering the Rotary Club of Seaford for well over 12 months, and it is a constant challenge. The requirement for a minimum of 20 members to charter is a real sticking point, and one of the challenges is keeping the list of interested parties engaged and enthusiastic whilst the search for new members continues.


But here’s what keeps me going. It’s that light at the end of the tunnel. I've often suggested, and even blogged, that district leadership is akin to leading horses to water that aren't always thirsty. But there have already been so many rewards from this project, and the prospect of a new, modern and flexible club which shatters the traditional Rotary club mould is indeed alluring. And when these three luminaries have all suggested it's the way forward, I know I'm on the right track. New Rotary clubs are not always going to fill geographic voids. Sometimes diversity voids are worth addressing too.
Posted by Creatures of Habit at 4:39:00 pm No comments: