Show Me The Money 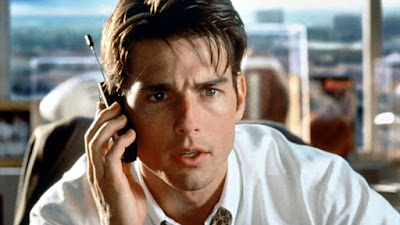 At a recent training event, a room full of Rotarians was asked a question that few Rotarians ever ask, let alone attempt to answer; "What do you want your club to be known for?" It's a long time since I studied marketing, but I remember two particularly important concepts worth discussing from a Rotary perspective.

One was the Unique Selling Proposition (USP). What is it that makes your operation stand out from your competition? What do you do that is special, different, noticeable? From a Rotary perspective it's not specifically about standing out from other Rotary clubs, but all competition for the time and attention of our prospective members and supporters; including other service clubs, volunteering organisations or interest groups, in fact any other way people can fill in their spare time.

The other concept is positioning. Author of Marketing Management Philip T Kotler defines positioning as "the act of designing the company’s offering and image to occupy a distinctive place in the mind of the target market". What does this mean for a Rotary club? Whether you're aware or not, Rotary already occupies a position in the eyes of the general public. Our position is where we currently sit. Positioning is about recognising where we want to sit, and working to get ourselves into that place (or position). I've included a great little video explaining positioning at the bottom of this page. I don't imagine the average Rotarian loses much sleep over these concepts, but we really do need to get a grasp of how we are viewed by the non-Rotary world if we want to grow the organisation, and we need to understand how our actions and attitudes contribute to those views.

Back to that training event. One of the answers given to that question what do you want your club to be known for left me somewhat disturbed. "We are known for fundraising" was the response proudly offered up by one Rotarian in the room, who went on to proclaim "we raise a fair bit of money as a club, and that gives us the ability to spread that money around." It doesn't really surprise me that some Rotarians think their mission is to raise and redistribute funds, but I don't recall hearing someone openly admit to it, let alone wear it as a badge of honour. Being known for fundraising is hardly a USP. It strikes me that this selling proposition is anything but unique, and I reckon any prospective member would agree. It actually sounds more like the answer you'd give when you can't think of a better answer, rather than a coveted club attribute.

But this blog is not about criticising hard working Rotarians who give up their time to raise funds, and it's certainly not about questioning the financial contributions we make and who we choose to make them to. It's about how a "raise money, donate money" mindset is affecting our public image. What Rotary is "known for" will vary depending on whom you ask, but those perceptions aren't universally beneficial. There's a certain futility in working hard to break stereotypes while many Rotarians are doing their darnedest to reinforce them. 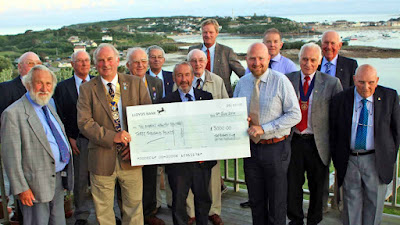 And when it comes to reinforcing fundraising stereotypes, nothing conveys the wrong message quite as spectacularly as the big cheque. I've never tried to hide my disdain for the big cheque photo opportunity, but I've probably never taken the effort to explain exactly why I abhor the practice.

It all comes down to processes and outcomes. I'm convinced one of the contributors to Rotary's membership decline in the West is our preoccupation with process, usually at the expense of outcomes. We have an unhealthy obsession with meetings, attendance, procedures and rules. Why else would we spend north of US$3 million on the monumental festival of process that is our triennial Council of Legislation?

Assumedly if we're financially supporting an organisation, it's because we're supportive of the work that organisation is doing to bring about better outcomes. So when we support an organisation financially, we need to be celebrating those outcomes that our money facilitates. The club pictured above supported a health clinic with their donation, and all power to them, but let me pose a question. What do you think will generate more interest and goodwill with the public? A picture of someone getting vital treatment in a health clinic, or a picture of men in suits holding a big cheque? Let's say your club donated money to support guide dogs training. What do you think would inspire the public more? A picture of a big cheque presentation, or a vision impaired child hugging a guide dog? Most of us wouldn't admit to it, but when we do the big cheque promotion, we're patting ourselves on the back and venerating process (a financial transaction). It's yet another reflection of our process fetish. Big cheque photos may make our members feel warm and fuzzy, but do they make the public feel warm and fuzzy? No. Do they elicit an emotional response? No. Do they convey our impact? No. 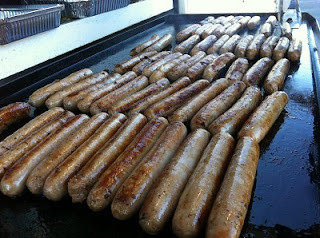 I've mentioned before that the first 19 of my 22 odd years in Rotary was spent with the Rotary Club of Edwardstown; a fairly traditional club, and notwithstanding my love for that club and its members, I wanted to create a different model at the Rotary Club of Seaford. I knew fundraising would still be important for us, and naturally figured the ubiquitous sausage sizzle would play its part, but I must admit I was really hoping to insulate this club from the well held perception that Rotary was about barbecues. Yet in a region with little if any existing Rotary footprint, from day dot we've been asked to do a hell of a lot of barbecues. My fellow members are working at one right now as I type! It seems calling the local Rotary club when you need a barbecue cooked is becoming as customary as calling a plumber when your drain is blocked. I'm sure this association was not deliberate, but it's more than accidental. It doesn't help that some Rotarians characterise sausage turning as a project. Throughout my time at Edwardstown I noticed a pattern emerge that I know is replicated in many other clubs. It goes like this: Cook sausages, raise funds, hold meeting, listen to guest speaker with their hands out, write cheque. Then start again. A good percentage; maybe half of the guest speakers at our meetings were representing a cause; a cause that was looking for money.

This formed part of my rationale for attempting to shield Seaford from the traditional Rotary platform built on meetings and guest speakers. Initially we had a fairly strict rule at Seaford that we didn't invite guest speakers to our meeting unless they could directly help the club with a project or cause we were addressing. I must point out that we have always invited the young leaders we had sponsored on Rotary youth programs to speak about their experience. My plan was that we would be focused on service, not meetings; and the meetings we held would be focused on productivity, not entertainment. Our USP has always been "less meeting; more doing". We still have more meetings without a guest speaker than with one, but it's obvious there's a well held perception in the community that Rotary meetings require guest speakers. I can't tell you how many people have approached me to see if they can speak at our club, and this will probably sound callous, but most of the time all I hear is "Show me the money". And I know I'm not imagining it. Almost every time we've had a speaker at Seaford that doesn't fit the rules I mentioned earlier, they've been after a donation. Hey, good luck to them. Those charities and pet causes championed by guest speakers at Rotary meetings are all trying to make the world (or at least their patch of it) a better place, and many of them have truly amazing stories to tell. If you don't ask; you don't get, so I can't blame them for trying. But I can't help but think they should be able to turn their own sausages.

I'm not the only sausage turner in my family. With a son in Navy Cadets, and a daughter in a gymnastics club, all four of us Huddlestons have taken to the tongs to raise money for our respective clubs. But there's a key difference when Rotary does it compared to pretty much every other group: we raise funds and hand them over to someone else. 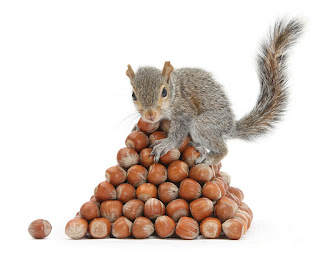 Substantial fundraising capacity might be one measure of a club's success, but it certainly isn't the only one. I'd like to think impact is the best measure, but impact is about more than sausages and big cheques.

I suppose I should be congratulating those clubs that regularly support other causes, because at least they're not squirrelling money away for a rainy day which never comes. I'm aware of clubs sitting on six figure bank balances, which just seems obscene. So I really don't want to criticise clubs for donating to worthwhile causes. As I said earlier, I'm more concerned with our positioning.

Back to that question, "What do you want your club to be known for?" Do we really want to be known for fundraising? Or barbecues? Meetings? Guest speakers? A soft touch for donations? How do you think those lofty ambitions inspire our would be recruits? Trust me - they don't. Why? Because they are all processes. They lack aspiration, inspiration and innovation, and are no way to define a Rotary club. I want a Rotary that is proactive, rather than reactive. I want a Rotary with a leadership mindset, not a follower mindset. I want a Rotary that sets its own agenda rather than genuflecting to someone else's. Are we so void of ideas that we simply see ourselves as fundraisers for those who have them?

More than anything, I want Rotary to be defined by its outcomes, not its processes. If the world sees Rotary as an organisation defined by meetings, guest speakers and barbecues, it's not their fault; it's ours.