Barking up the Wrong Tree 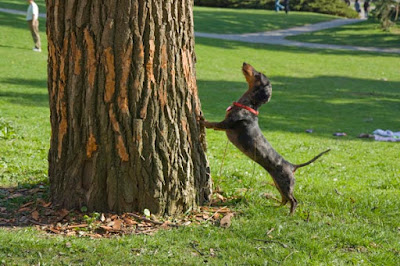 The cost of being a Rotarian is undoubtedly one of the greatest barriers to membership. But it frustrates me to no end when Rotary leaders suggest clubs look at subscription fees for relief. Let’s face it, there’s not a lot of wriggle room in those membership fees. My own club charges AU$200.00 per annum + magazine. So for most members who choose print editions of Rotary Down Under (AUS) or The Rotarian (USA), their subs will be around the $240.00 mark. But when you break down those costs which include non-negotiable RI dues, insurance, a district levy and aforementioned magazine, there’s not much left in there for club administration costs. So once you get below that (overall) $240.00 mark, clubs can't just shake money out of that tree they've been barking up. Those costs still have to be met somehow. Some clubs will choose to subsidise their membership fees with the proceeds of raffles and fines sessions, but this is really only fiddling around the edges.

In recent years, the language from those at the very apex of our organisational leadership in Evanston has changed somewhat, and we seem to be heading down a much more flexible path. Hallelujah! But amidst this new era of flexibility and rule changes, there remains one central tenet of the organisation where Rotary International remains completely inflexible. Membership of Rotary International is actually very binary. It’s all very well for RI to talk about flexible membership options, but from RI’s perspective, you’re either a one or a zero. You’re a member, or you’re not, and there is ZERO flexibility when it comes down to your RI Dues. According to THIS ARTICLE, RI thinks we have options for districts to be flexible with their levies and for clubs to be flexible with their admin costs, but good luck finding the flexible dues department at 1560 Sherman Avenue.

It’s dangerous to get me started on this, but maybe if RI could embrace electronic communication rather than continually flying people all over the world, our RI dues (not to mention our carbon footprint) wouldn’t be constantly on the rise. And don’t tell me that hugely expensive dinosaur that is our Council on Legislation couldn’t be conducted electronically! 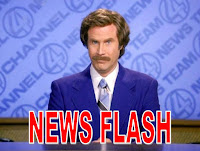 News flash: The biggest cost of being a Rotarian is not membership fees, but meeting costs. Before joining the Rotary Club of Seaford, I was a proud member of the Rotary Club of Edwardstown for 19 years, but here’s what it cost me to be a Rotarian in that club. Each week I paid $21.50 for a meal, $4.00 for a drink, $1.00 for a raffle ticket, at least another dollar or two in fines, and I usually stuck a few bucks in the Rotary Foundation change box that got passed around. So there was rarely a week that I would walk away with much change from $30.00. I am one of those Rotarians who turned up pretty much every week, so multiply that by 50 and we’re talking $1,500 give or take. Plus about $240 in subs.

It’s blatantly obvious to me that if we really wish to make Rotary more affordable, we need to start barking up the meal and meeting cost tree. At Seaford, we meet fortnightly, and most meetings are run in such a way that meals are optional. We do change our venue regularly, and often we meet in members’ homes where we all bring a plate to share. Obviously that doesn’t cost nothing, but it doesn’t cost much. Here are some examples of other meeting places, all of which have little or optional meal costs. We have met a few times at the local soccer club where members can choose (or choose not) to order in pizza or a burger from a local restaurant for between $15 and $20. Drinks are available at the bar, and the venue is happy with that income as a contribution. We have met in a meeting room of a local library and either brought a plate to share, or ordered from the local Subway, which was less than $10 per head. We have also held meetings in the community garden we helped develop, where we just pull out a few tables after a working bee and order pizzas, or have a BBQ. We have also met in local cafes where you can order a meal if you like, but if you just want a coffee or a milk shake, that’s OK too. By the way; we don't do fines, raffles, change boxes, and all that other money sucking stuff!

Here’s the thing. The Rotary Club of Seaford has a strong focus on DOING, and is not so obsessed with MEETING. I have been commenting on this problem in Rotary for a number of years now – i.e. that we have become too “meeting centric” and should focus more on service. It’s about a year now since the 2016 Council on Legislation, where new rules were passed allowing for much more meeting flexibility, but sadly, most clubs remain steadfastly opposed to such changes. For the record, there are many clubs that are travelling quite well, are very active and have achieved steady growth, and to those clubs my suggestion would be to stick with what they are doing. But that’s not the case everywhere. Our membership in the western world is in drastic decline, clubs are handing in their charters, and we really need to be looking at different ways to engage with our members, our potential members, and our communities. 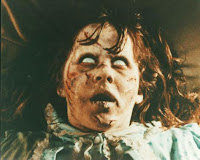 I have been asked to speak to quite a large number of clubs about flexibility and the Seaford model, and for the most part, it’s been fairly well received, but that obsession with meetings is hard to shake. I can almost see some Rotarians' heads about to spin off when I start talking about the way we do things at Seaford. One of those clubs I visited a while ago had been debating for some time the merits of moving to fortnightly meetings. The majority of members in that club were keen to try it, but one particular member threatened that he would resign if such a move was made. Well, the club has just moved to fortnightly meetings, and said member has just resigned. I guess “Service Above Self” wasn’t a determining factor in his decision. Reminds me a little of the sorts of threats made 25 odd years ago when clubs were considering inducting females!

I am encouraged to read more and more articles about clubs meeting in cafes and parks, and of course the growth worldwide in E-clubs. Some people do actually recognise that we are here to serve, not to meet. Of course we do need opportunities to discuss our ideas and plans. There IS a place for meetings, but it doesn't have to be the same place you find rump steak and chicken schnitzel, and it certainly doesn't have to be every week. There are so many brilliant and passionate people out there who want to give back and be a part of something bigger, and if Rotary could be a bit more accessible to them, and yes, I mean financially, they might just want to join us.