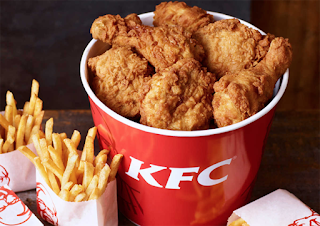 About 20 years ago whilst driving around town running a few errands, I was feeling a bit peckish at lunch time and found myself in the drive through of a local KFC store. When I got to the service window, the girl told me, “I’m terribly sorry sir, but we’ve run out of chicken.” I don’t often find myself stuck for words, but this was one such occasion. I was flabbergasted. For crying out loud, the “C” in KFC stands for chicken! It crossed my mind that a KFC store without chicken seems pretty pointless. More on that later.

I’ve probably given more membership presentations over the last 12 months than the previous five years, and I have been commencing these talks with my theories on how we got ourselves into this membership crisis. I list a number of reasons, but the first one I talk about is relevance; more particularly how I feel we have lost it in the eyes of the general public. I believe we are struggling to appear relevant for a number of reasons, one of which is quite literally a “first world problem”. More to the point; a lack of first world problems. Consider for a moment our Rotary Foundation six areas of focus: Water & Sanitation, Maternal & Child Health, Basic Education & Literacy, Peace & Conflict Resolution, Economic Development and Disease Prevention & Treatment. Whilst we must always strive for improvement, I think even the harshest critics would have to admit by global standards Australia would get a tick in most of these areas. By and large, Rotary’s focus is justifiably on the developing world when addressing those issues. So I think in part, our relevance challenges are tied to living in a lucky country where we really don’t want for much. It’s reasonable for the public to ask, “Well, why do we even need service clubs?”

Since I joined Rotary in 1997 we’ve lost 30% of our membership base in Australia. We’ve seen a net loss of 100 clubs, and those remaining have become progressively smaller, from an average club size of 33.5 down to 25.3 members. Over this same period our average age has risen from the mid 50s to the low 70s, and a many more of us are retired; an estimated 50%.

How do you think the combination of fewer and smaller clubs, older members and more retirees affects our public image?  Well here’s what I think. I think our perceived (and often actual) capacity to network and serve our communities is very much diminished. Older and fewer members means less capacity to serve, and once retired, our professional networks begin to atrophy. I would suggest in some clubs the capacity to network and serve our communities has all but disappeared. I know I’m not drawing a long bow here, because I’ve seen with my own eyes some of these clubs which are down to 10 or fewer members, all aged well over 70. Many (definitely not all) are just not making an impact on their communities any more, and they will admit they have approached everyone they know to join Rotary, and now have no-one left to ask. How appealing do you think these clubs are to prospective members, assuming they can find any? Every year there’s a battle to find another president who hasn’t already done it 3 or 4 times. That is often the point at which clubs decide to hand in their charter.

Have a good, hard think about this. Rotary was built on networking and community service. We started as a networking organisation, and soon morphed into a service club. If we have clubs amongst us which have lost their capacity to network and serve, what do they have left to offer? I put it to you that networking and community service are to Rotary what chicken is to KFC. Without them, we can appear pretty pointless. 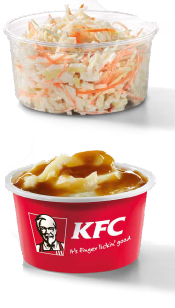 I can already hear you saying, “But those clubs are still providing valuable fellowship and camaraderie opportunities to those remaining members and we shouldn’t discount that.” Yep, I get that. But our motto is not “fellowship and camaraderie above self”.  My fear is not only that many of our once strong and active clubs have now been diluted to a fellowship group, but that we’re comfortable with the concept. I suppose that KFC store still had plenty of sugar laden coleslaw and that sloppy potato mash with gravy on the day I visited too. But that wasn’t what I was looking for, so I just drove on, and I think likewise; many membership opportunities are being lost because our prospects aren’t finding what they’re looking for either. They’re just driving on.

Last year I attended a joint District (9500 & 9520) forum in Adelaide where young (mainly aged under 40) Rotarians and alumni including Rotaractors and RYLArians were asked for their perspectives on the impending merger of our districts in 2020. There would have been at least 40 in the room. I had run a similar event back in 2015, so I must admit I didn’t really hear too many comments that I hadn’t heard before, but what really thrilled me was the collective love for Rotary amongst the group. They had all benefited from their brush with Rotary and seemed genuinely keen to continue their association with Rotary in some manner. But what became abundantly clear from the majority in the room who were not already Rotarians, was that they just didn’t see a sufficiently attractive version of Rotary on offer from any existing clubs. At the time I was myself involved in district merger conversations, and tried to make the case that we needed to start a few new clubs to take advantage of this interest, but I feel my efforts were in vain.

I’ve said it before and I’ll say it again: The best opportunity for membership growth lies in new clubs. I’m not going to pretend the process of getting Seaford off the ground was an easy one, but in the words of Teddy Roosevelt, “Nothing worth having was every achieved without effort.”

If we can’t turn around these clubs offering little to attract new members, and we’re not bold enough to start new clubs, what are our options? How often do we hear of businesses, sporting teams or organisations resorting to “back to basics” thinking when things start going pear shaped? It’s about recognising what your core principles are and making sure you do them well. Surely for Rotary those core principles are building a healthy, mutually beneficial network and providing tangible and impactful service outcomes for our local and international communities. Everything else is peripheral.

I’ve often been asked by Rotarians about the secret formula behind the success of the Rotary Club of Seaford. There is an assumption we’ve developed some complicated strategy to grow and flourish against a background of drastic membership decline and club closure. Well, in our case there are no eleven secret herbs and spices. What we do isn’t complicated; it is simple. We’ve done away with so many of traditional Rotary’s distractions (many of which are attached to our obsession with meetings) and we focus heavily on local hands on projects and networking. Guess what? It works. If you’re questioning the direction your club is heading, check to see if you’ve run out of fried chicken.