If you build it, they will come. 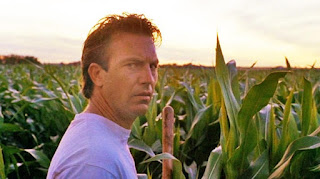 I am delighted to announce that the Rotary Club of Seaford (SA) will charter on November 26. It’s the first new club in District 9520 in ten years, and over that period, we have lost another eight clubs, with one more voting to hand in their charter at the end of the year. So how does one create a new club from thin air in an environment of massive membership decline? The simple answer is a lot of hard work and a very different version of Rotary. A version that most Rotarians would barely recognise. A version that I have always wanted to build, with a view that they would come.

If you’ve read my blogs or seen me present on membership over the last 12 months or so, you are probably in no doubt as to my thoughts on Rotary meetings, but in case you’ve been lucky enough to escape them, I’ll get straight to the point. Our obsession with meetings is the single biggest issue we need to address, and while meetings remain at the centre of our Rotary universe, we will continue to lose relevance, and will continue to lose members.

I am actually beginning to question what purpose they (meetings) serve. For the record, I have enjoyed the overwhelming majority of the estimated thousand or so that I have attended. I was inducted into Rotary at the age of 29, straight out of Rotaract, and attending weekly meetings is now so second nature to me that I can’t imagine my Tuesday nights without them. I actually enjoy attending weekly meetings, but I can clearly see that they are a barrier to many potential members.

I used to think we achieved quite a lot at our meetings, but meeting productivity has either dropped off over the last ten years, or my memory has. Maybe we never really achieved much. To be fair, my club has achieved extraordinary things, just not much of it at meetings. I can remember reasonably interesting guest speakers most weeks, I can remember a reasonably good meal most weeks, I can even remember enjoying the conversation with my fellow Rotarians most weeks, I just don’t remember doing a lot of work at meetings that has contributed to making the world a better place. It seems the one week of the month we hold our committee meetings (where we actually get some work done) is the worst attended. Despite all of that, I still enjoy being there, but I have to ask myself, “Is this the most productive use of my time as a volunteer?” I see the hole in my bank account that thirty bucks in meals, fines and raffles leaves fifty odd times a year too, and also wonder if it’s the most productive use of my hard earned.

I've been in the membership game for a while, and I wish I had a buck for every person who has told me, “I am really keen to volunteer, I just don’t want to attend meetings.” So I’ve been on this quest for some time to try and shift some of our focus away from meetings, and towards service. We are a very meeting-centric organisation, with everything we do seemingly revolving around meetings. 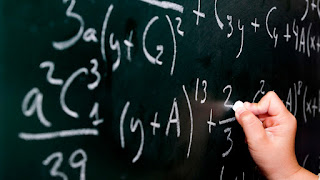 Despite the considerable watering down of attendance requirements, we are still expected to attend a certain percentage of them. A percentage that is actually getting harder to work out. If you’re interested in losing 20 minutes of your life that you’ll never get back in ways other than sitting through a boring speaker, have a look at our constitution and what it says about attendance. If you can make sense of all those complex equations and rules, you clearly need to get out more.


If Rotary manages to survive in Australia for another 30 years, that version of Rotary we will see in 2046 will be a very different version than the one we see now. And in order for that version to exist in 2046, we need to start changing our modus operandi right now. I made up my mind very early in the process that in order for the Rotary Club of Seaford to get up and running, it had to offer something very different. At a recent meeting we had seven people sign up on the spot to become charter members. It would have been eight, but for one of the group being unable to attend. It wasn’t my pretty face that convinced them to sign on the dotted line. Nor was it the venue where my voice was competing with a ukulele playoff. It was the version of Rotary we were offering.

So what is it that makes Seaford Rotary so different, and so attractive? I’m glad you asked. Firstly, and most importantly; only two meetings a month. The rules allow it now. The focus is on volunteering and doing stuff, not meetings. One meeting on a Thursday night, the other on a Sunday afternoon. The venue is also different for each meeting. Like the way the first four Rotarians did it. Ironically, when the Council on Legislation voted to implement greater meeting flexibility, no-one thought to make the corresponding changes to the paperwork one must fill out to charter a new club. Said paperwork doesn't allow for said flexibility. It only allows for weekly meetings in the same venue on the same day each week. Chuckle!

There are no guest speakers. The members just sit around and talk about what they need to do. There is brainstorming and planning at every meeting. Those who want a meal can pay for a meal. Those who just want a coffee or a coke can do that too. No sergeant, no fines, no toasting, no prayers, no singing, no raffles, no collars, no flags, no funny collection boxes. No classifications on dinner badges either. Just a first name. It’s amazing how productive and enjoyable a meeting can be, when you trim off all the fat. I can just about hear the hyperventilating of some Rotarians now who feel this is NOT Rotary! Well, guess what? This is what the future of Rotary may well look like. If Rotary in Australia makes it to 2046, it will look closer to this version than the current version.

It’s amazing how that simple change of cutting down to two meetings per month, and sticking to what’s productive can be so attractive. There is nothing more valuable to a Rotary club than the hours its members are prepared to give. So don’t waste them, use them effectively. Of course getting existing clubs to transition to this style will be nigh on impossible, and here’s the main reason why. It’s those less productive elements that many Rotarians seem to value the most. The weekly camaraderie amongst friends whilst being entertained by a guest speaker represents the essence of Rotary to many, and I am not at all unsympathetic to that view. But that’s not what will draw in the next generation of Rotarians.

I have learnt a hell of a lot from this journey. I have known all along that the way we do meetings is unattractive to many. But it’s taken me a lot longer to realise how attractive an alternative could be. I am now confident if you build a new style of Rotary, they will come.