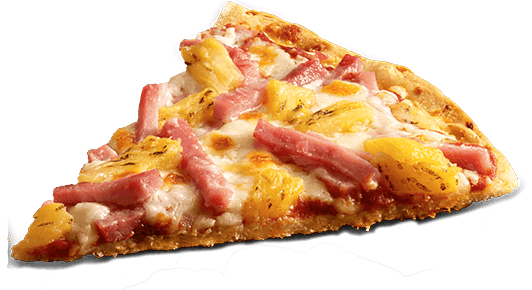 Ham & Pineapple Rotary
My son can be a particularly picky eater. One of his favourite meals is ham & pineapple pizza. We occasionally make pizza at home, and I wouldn’t ever bother putting anything on his pizza but ham and pineapple, because he would just pick it off. Occasionally we grab a pizza when we’re out, and that’s exactly what he does – picks off anything and everything that is not ham or pineapple. I sort of think ham and pineapple pizzas are a bit on the boring side, but he just loves them that way.


So, what’s this talk of pizza got to do with Rotary?
If my Rotary International experience was a pizza, it would be a super supreme. There’s a bit of everything and I just woof it down. If I think of my greatest Rotary experiences, it’s hard to go past the three international conventions I’ve attended, including last year’s in Sydney. For a Rotarian, it’s the greatest show on Earth. I know that it’s hard to make an international convention every year, but when it’s in your own back yard, it’s hard not to. The second greatest experiences for me have been the numerous District Conferences I’ve attended. A few weeks ago I drove my wife and kids 7 hours to Ballarat for an amazing experience. DG Jerry and his team pulled off a truly remarkable conference, with highlight after highlight, and my family had a great time enjoying what Ballarat had to offer whilst I was attending the plenary sessions.
But apart from me, there were only 228 other Rotarians from our district who made the trip (over 20 of whom were working behind the scenes to make the show happen). Accompanying partners and guests took the attendance to well over the 300 mark, but I’ve been scratching my head, wondering why only 229 Rotarians out of a total district membership of 1,369 would come to such an amazing event. That’s just under 17%.
Many Rotarians cannot get away from work commitments. I ran a catering business for 5 years, and wiping out a weekend meant saying no to 5 or 6 functions, and at the time, I just couldn’t do it. Affordability is also an issue. Whilst the registration cost is quite reasonable, accommodation, petrol and meals all add up. Some Rotarians are getting on in years and their health precludes their attendance at such events, and sometimes the conference will clash with other important events in our lives, so it’s just not possible. I get that. But I feel the overwhelming majority of people who elect not to attend a district conference are just not interested in “super supreme” Rotary. They like ham and pineapple Rotary, and will pick off anything that’s not ham or pineapple.
District Assembly and the many other training events offer more variety to the Rotary pizza too, as do visits to other clubs, attendance at other club fundraising events, or district events like the 110th Birthday or the Rotary Race Day. Taking on a role at district level is like walking into a pizza shop – there is just so much variety on offer. You can choose what roles take your interest, and take advantage of your expertise. It’s just like choosing which extra toppings you want on your pizza.
Think of the pizza analogy from a recruitment perspective too. We need to offer a broad range of pizza at our pizza shop, because the customers wouldn’t walk through the front door if ham and pineapple was the only variety on the menu.
But here’s the kicker. If you never even try those extra toppings, you’ll never know what you’re missing out on. I fear that so many Rotarians are not getting the most out of their Rotary experience, and many end up leaving the organisation because ham and pineapple got a little bit boring after a few years. Rotary has so much to offer beyond weekly meetings. Not everything is for everyone. Even I will pick the olives off my pizza. But you’ll never know how good pizza can be if you pick off everything that’s not ham or pineapple.
Posted by Creatures of Habit at 10:42:00 am