The Base and the Apex

This is not the first article I’ve written about widespread resistance to change in Rotary, and it probably won’t be the last.

Since publishing my book Creatures of Habit early in 2018 I’ve been asked to speak at a number of conferences, training events and membership seminars across Australia and New Zealand, and have been genuinely delighted to have met so many people who are committed to improving the organisation with a view to attracting and retaining more members. 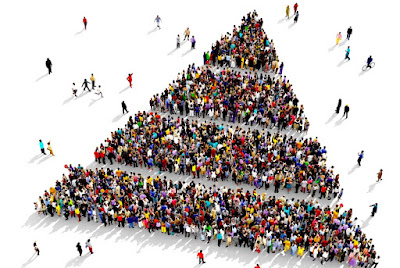 Without question, every one of these events has been enormously positive, and I always feel extremely privileged to get invited. There’s much to be said about surrounding one’s self with positive people, but I’m also conscious of living in an echo chamber, and one cannot take it for granted that the progressive views promulgated at such events are reflective of the wider Rotarian mindset and attitudes back in club land.

In my recent presentations I’ve been keen to outline the considerable list of rule changes and tools that have been made available to us by RI’s leadership to inject flexibility into the organisation over the last 30 years. I often hear commentary from every-day Rotarians that club innovation is being stymied by the apex of the organisation who are forcing restrictive rules on us. But it is my experience that the problem is not with the apex, but the base. Below is a timeline of the changes I have spoken of.

It’s possible I’ve missed a few developments over the last thirty years, but we cannot deny that we’ve been given ample encouragement to get with the times, and build a more contemporary version of Rotary to keep pace with a rapidly changing society and volunteer landscape. The problem is; the Guardians of the Status Quo have been pushing back against these changes at every step. There are of course exceptions, but in many clubs these changes have been met with robust opposition, and there are inexplicably still clubs here in Australia which will not admit women. As I’ve said before, the problem is not the apex; it’s the base.

At the recent 2019 Council on Legislation there were even proposals tabled (which means they were approved at district level) to wind back those considerable breakthroughs of 2016. Those proposals were all quashed, and I imagine pity parties were held. But it is unambiguously clear that many Rotarians still pine for that pre-90’s style of Rotary where classification, attendance, elitism, formality and rituals were king, and women were absent, and they’re trying their darnedest to take us back there.

Some would have us believe that our membership woes only commenced when we started relaxing our eligibility and attendance requirements, and had we kept our bloodline pure by accepting only those who could “hire and fire”, demanding that they attend every meeting or do a make-up, we’d have queues of corporate executives beating a path to our meeting venue door. That’s just fanciful; at least in the West anyway. I can readily accept that in many developing nations where growth is strong, Rotary still has a glint of prestige which attracts society’s movers and shakers, but this is very much a cultural thing. In the more egalitarian West, we have to offer a different value proposition. Our world has changed and we have failed to keep up with it.

"But we mustn't change for change's sake", is the well worn retort to our would-be innovators. I would argue that we mustn't remain the same for tradition's sake either. Here's the thing. I have no problem whatsoever with traditional club models if they are making a worthwhile contribution to their community. If these clubs are strong and impactful, I don't really care if they uphold some of those 20th century practices which keep their members happy. But the rear view mirror must not obscure our view of the road ahead. When things start to go pear shaped, membership drops, members age, and our capacity to do good in the world is impeded, maybe it's too late for change. The transition from healthy to catatonic doesn't exactly happen overnight, but clubs rarely see the point of no return before it arrives. Surely we should always be aiming for best practice and constantly reviewing our procedures while we are in a position to do so.

Barely a week goes by where I don’t receive an email or read a Facebook post from a disconsolate Rotarian who has been fighting against this obstinacy for years and is ready to call it quits. These are people who are passionate about Rotary’s future, have seen their club membership dwindle and feel helpless to turn things around. Not because they lack the inspiration or the tools, but because they feel their efforts are futile. Here is an exact quote I received in an email from a long term and enormously respected local Rotarian, “I am so sapped of energy by my current club that I would walk if I was not committed for the next 18 months.” 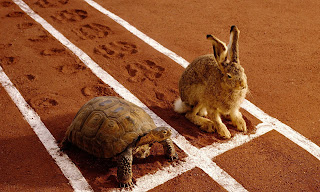 Then there are the thousands who never join in the first place because we've failied to keep pace with a changing world. When the Guardians of the Status Quo threaten to leave, it's usually all bluff, and they're attempting to hold the club to ransom. 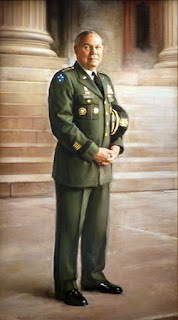 I’m reminded of a great quote from Colin Powell. “Good leadership involves responsibility to the welfare of the group, which means that some people will get angry at your actions and decisions. Trying to get everyone to like you is a sign of mediocrity. You’ll simply ensure that the only people you’ll wind up angering are the most creative and productive people in the organisation.”

I’ve lost count of how many times I’ve spoken at PETS (President Elect Training Seminar) in my own or other districts, but it would easily be in the 20s. In my own district I spoke about membership at four PETS in a row at one stage, and noticed something quite concerning. Each year I did my best to disseminate some inspiration and best practice membership development strategy to a group of soon-to-be leaders. Each year they got fired up with a vision to transform their respective clubs when they took office. But then I would speak to their successors at the following year’s event, and could tell that the majority of their predecessors’ plans were never implemented. As a one-term president or District Governor, you may not be aware of this phenomenon, but when you do this a number of years in a row, it really hits you. We have this paralysing fear that any meaningful change to club processes will see members leave. But this fear is irrational; because members are leaving us anyway. We’ve lost a third of our membership base in Australia over the last 22 years. Does anyone seriously think this has happened because the pace of change in Rotary has been too fast?

I regularly hear calls for our Rotary Clubs to be representative of our communities, embracing diversity on all levels. Maybe in a perfect world every club would offer sufficient flexibility so as to welcome people from all walks of life. But we're not living in a perfect world, and I feel we need a larger variety of clubs offering a larger variety of flexible service options. Sometimes we fail to realise just how inflexible we are. 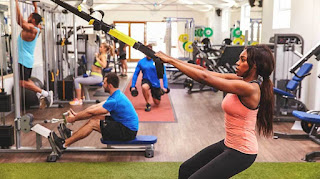 I recently signed up for a new gym membership, and couldn't help but see parallels between the process of researching a gym membership and the process that prospective Rotarians might go through when seeking a Rotary club to join.

A number of gyms had websites that either didn't work, were outdated, were unwelcoming or lacking the important information a prospective member needs. I narrowed down my search to two local gyms and decided to pay them a visit. One of them was very modern, but the staff were seemingly disinterested in my enquiries. The other was not so squeaky clean, but the woman at reception, herself a former competitive bodybuilder, went to great lengths to answer my questions and show me around. As I walked through there were a number of clients working out who all greeted me. This was the gym for me.

I asked about their fees, and was advised it was $299 for a year, and I could visit whenever I wanted, for as long as I wanted, as many times as I wanted, 6.00am to 9.00pm Monday to Friday, and 9-5 weekends. And that's where the similarities ended. Many Rotarians are also paying upwards of $299 per annum for their membership, but it's not like we can choose to engage whenever we want. Imagine if gyms worked like Rotary clubs, and prospective members were told that the only time they could work out was on a Tuesday night, and they had to buy a meal. If that doesn't suit you, there's another gym down the road, but you have to work out there on a Wednesday morning.

We often see a lack of member engagement as a problem with the member. But I see it as a mismatch between the array of service opportunities we offer and the lifestyle demands of the member in question. And this is why we need to offer more flexible ways of doing Rotary. I'm impressed with the flexibility offered by emerging styles of Rotary Clubs such as eClubs, Passport Clubs and Hybrid Clubs, where busy professionals only get together in person once a month (or less), but spend their time collaborating on service projects that fit around their busy lifestyles. 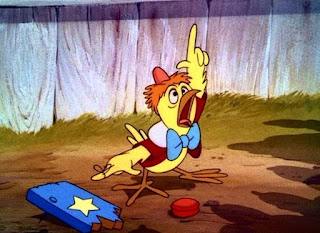 This style of Rotary is growing, but sadly is not offered in most regions. I only wish more district leaders had the gumption to invest in these options, because I genuinely believe if we cannot snap out of our meeting-centric operating system, we're doomed.

But I do feel we should use the word "and" more than the word "or". The purpose of engineering new club models is not to threaten or replace the traditional club model, but to complement it. Many of Rotary's traditionalists feel the sky is falling when they hear of any Rotary model different to their own, but it's actually our way of keeping the Rotary sky up!